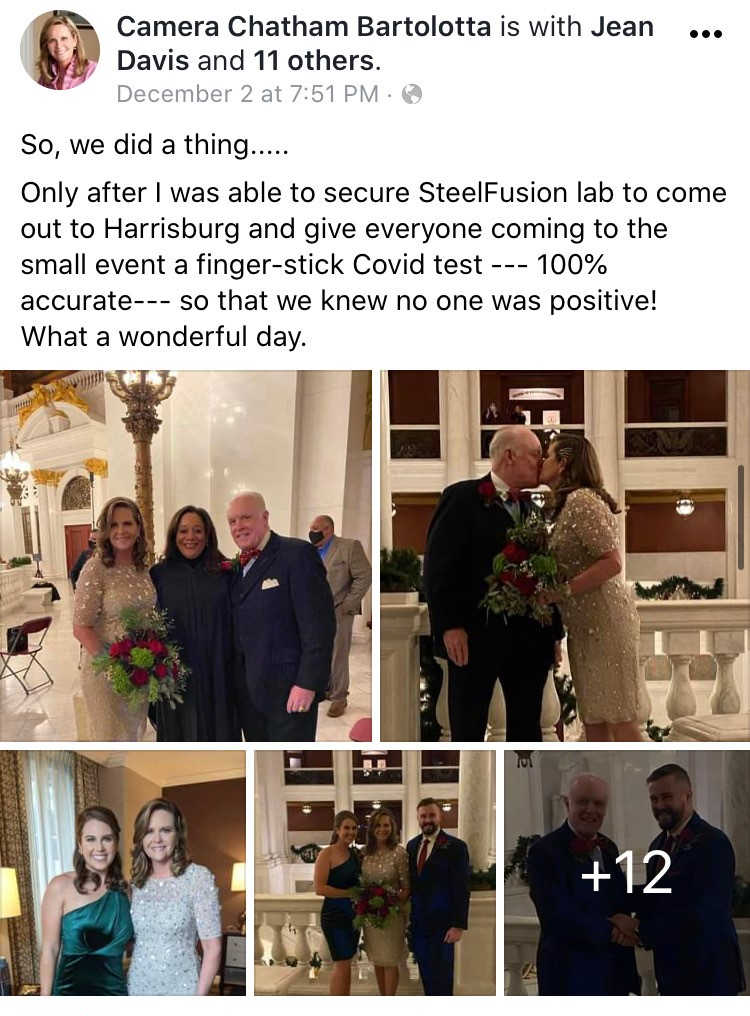 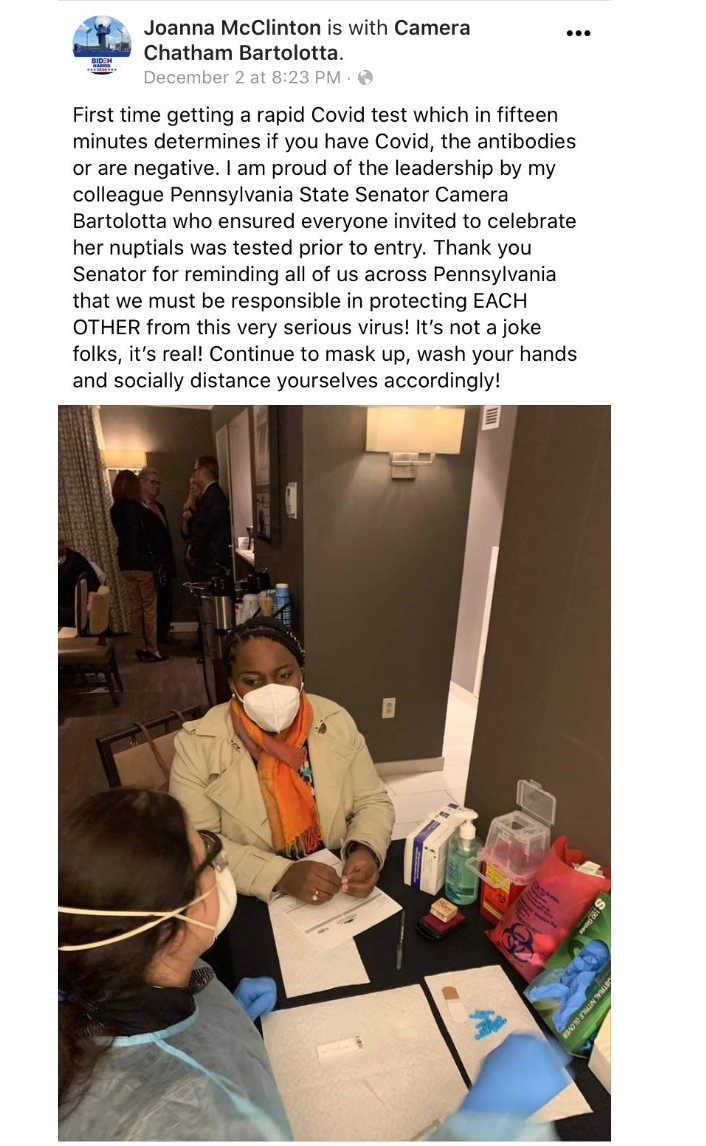 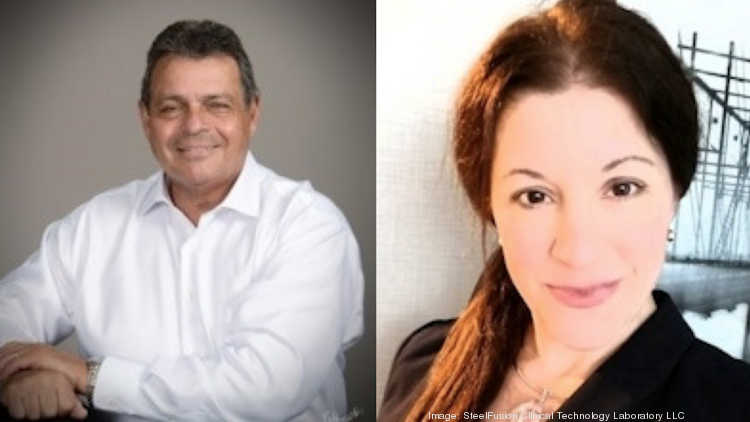 A small woman-owned clinical toxicology lab based in Monessen has big growth plans with patented drug-detection technology as well as a partnership that quickly set up a testing facility that allowed Shell Chemical Appalachia to restart construction at its Beaver County project.

SteelFusion Clinical Toxicology Laboratory LLC was founded in December 2014 by Amy J. Reisinger, a veteran of pharmaceutical labs who has developed patented tests for drug and alcohol levels that are quicker than traditional methods, easy to collect and cost effective. It had built a business around the toxicology tests in the forensic environment, allowing for safe collection that takes one sample and can test for a wide range of drugs and is sensitive enough to find even trace amounts.

Reisinger and SteelFusion prided itself on its patented technology — it got its first patent in the United States in less than six months — that helped coroners and medical examiners make determinations on drug levels in 24-48 hours instead of the weeks it takes if sent to other labs. Further patents have followed on other types of testing, including one to test for drugs in not just humans but also mammals who are sometimes used in illicit drug activities. SteelFusion’s work has been vital in helping communities deal with the opioid epidemic.

SteelFusion was operating like a boutique laboratory. As Reisinger puts it: “We didn’t want to be like everybody else. We did one thing and we did it well.” But the company’s growth wasn’t what was expected.

Last year, veteran Pittsburgh entrepreneur John Manzetti became involved with SteelFusion, helping them out as a consultant and becoming SteelFusion’s executive chairman. Manzetti, who was president and CEO of the Pittsburgh Life Sciences Group from 2006 to 2016, has decades of experience in venture capital and innovation development.

Manzetti said SteelFusion had difficulty financially and fundraising, even though he knew that Reisinger and SteelFusion were on to something.

“What drew me was they had three patents that they got issued within 18 months, which is an unbelievable achievement,” Manzetti said. But he knew that it had to get into new markets if SteelFusion were to prosper, because there was only so much room to grow in the postmortem business.

“It’s only a $30 million market and even if you have half of it, it won’t turn any investment,” Manzetti said.

That brought the decision to widen the market to living beings. A major thrust of the growth initiative is to expand into college settings for their testing and into the employer market as well. Manzetti said instead of niche market for postmortem testing, this allows SteelFusion’s technology and as a company to compete in an $8.5 billion testing market. And it’s got an edge, he said, because a quick swab of a cheek is less invasive — particularly in a pandemic — than existing urine tests for college athletes, sports teams and others.

“It’s a no-brainer in my view,” Manzetti said.

One of the biggest developments in recent months has been SteelFusion’s work to stand up a mobile Covid-19 specimen collection and testing lab at the site of Shell Chemical’s Beaver County petrochemical plant construction. The early stages of the Covid-19 pandemic had forced Shell to drastically scale back its 7,000-or-so-person-work force. Among the initiatives Shell took to return to work at the site was extensive physical distancing and protective measures. Shell turned to RJ Lee to help it create a mobile testing lab that would allow it to test every worker on the site. RJ Lee reached out to SteelFusion to see if it could do that because it was more in its wheelhouse than RJ Lee’s, said Reisinger.

Reinsinger had experience in viral testing, as did others in the 12-person company, so they got to work. It took 45 days — and the assistance of the Pennsylvania Department of Health — but SteelFusion’s work to create and run the lab made it possible for the operations to resume safely in Beaver County.

Reisinger said that SteelFusion’s accreditations as a high-complexity lab allow it to be able to handle challenges like that with ease.

And it’s continuing to work in the Covid space, offering up a testing kit that will allow employers and others to know who has the virus and who doesn’t have it.

Manzetti said the runway is unlimited with SteelFusion, not just during the Covid pandemic or the opioid epidemic but also in workplace, sports and college settings with its quick and straightforward testing regimen that only requires the cheek swab. It’s working to get a Covid and other tests on the shelves of a major pharmacy, Reisinger said.

“The business has good leadership, good technology. We check those boxes. This business is easily expandable,” he said.

And it’s growing: It’s in the midst of buying new equipment and staffing up with strategic technical hires as it works with existing and new customers. It has plenty of space to grow at its 7,200-square-foot Monessen lab at Monessen Riverfront Industrial Park II after having moved from Greensburg.div>

But Reisinger and Manzetti say they’re going to make sure they don’t grow too fast.

“The next couple of years for us is going to be the task of balancing the growth in these areas and not get over our skis too much and be able to manage the growth,” Manzetti said.div>

RJ Lee Group, Inc. and SteelFusion have developed a local partnership to test Shell employees for COVID-19 at the Beaver County (PA) Ethane Cracker Facility. An onsite COVID-19 laboratory was developed to potentially eliminate COVID-19 exposure and outbreaks as employees return to the worksite throughout 2020. RJ Lee Group conceptualized, designed, and built the laboratory, and currently manages data integration. SteelFusion has provided their clinical and safety expertise and developed the Standard Operating Procedures to meet the required guidelines according to their Clinical Laboratory Improvement Amendments Certification.

On March 18, Shell announced its decision to temporarily suspend construction activities at Shell’s Beaver County site, effective the end of day shift on that date. In the days that followed, Shell installed additional mitigation measures aligned with CDC guidance. Shell added workers at a measured rate of approximately 300 a week during the months of May and June, but paused adding additional workers between June 30 and July 20. With the addition of the onsite COVID testing lab, Shell site leaders resumed the measured addition of workers to the site, which has continued since the lab has been up and running.

Viral test results are reported to the employer within hours, allowing all employees with negative test results to safely return to work that same day. Having this innovative, onsite laboratory, allows large-scale construction and energy companies to continue to operate safely relative to COVID-19. This rapid testing measure upgrades COVID-19 responsiveness at the workplace, by integrating sample collection, analysis, tracking, and reporting.

SteelFusion Clinical Toxicology Laboratory is a woman-owned business based in Monessen, PA that offers rapid clinical, forensic, and veterinary toxicology services. They specialize in oral fluid and urine for the detection and quantification of illicit and prescription drugs.

RJ Lee Group, Inc. and SteelFusion have developed a local partnership to test Shell employees for COVID-19 at the Beaver County (PA) Ethane Cracker Facility. An onsite COVID-19 laboratory was developed to potentially eliminate COVID-19 exposure and outbreaks as employees return to the worksite throughout 2020. RJ Lee Group conceptualized, designed, and built the laboratory, and currently manages data integration. SteelFusion has provided their clinical and safety expertise and developed the Standard Operating Procedures to meet the required guidelines according to their Clinical Laboratory Improvement Amendments Certification.

Viral test results are reported to the employer within hours, allowing all employees with negative test results to safely return to work that same day. To date, Shell has returned 3,700 employees and continues to add more than 300 employees weekly, since the laboratory became fully operational in July 2020. Due to government restrictions, Shell had to furlough all employees considered non-essential in March through April 2020. Since the PA Department of Health granted approval of the onsite COVID-19 laboratory, the workforce at the cracker plant is approaching its pre-COVID-19 closure capacity.

SteelFusion Clinical Toxicology Laboratory is a woman-owned business based in Monessen, PA that offers rapid clinical, forensic, and veterinary toxicology services. They specialize in oral fluid and urine for the detection and quantification of illicit and prescription drugs.

The Greater Pittsburgh ATHENA Award and ATHENA Young Professional Award recognizes exceptional women who demonstrate excellence in their profession, contribute to their community, and help other women and/or girls to succeed through mentorship.
https://athena-pittsburgh.com/

“I am honored to be nominated for this prestigious award for women. As founder of a woman-owned business I can speak first-hand about how difficult it is for women to succeed in business and I always share my experience to help other women succeed.” – Amy Reisinger remarks about this unexpected achievement.

Throughout her entire career, and in her personal life, Amy has strived to give back to the community while always mentoring other women to grow, learn and succeed.

She has quickly become a pioneering beacon in the toxicology industry. Her drive to find new solutions while keeping an optimistic, high-energy attitude has proven that great things can always be accomplished.

“Amy is a remarkable woman and she will blow them away!” says John W. Manzetti - EXECUTIVE CHAIRMAN - SteelFusion Clinical Toxicology Laboratory, LLC. “Her achievements, mostly on her own, have been remarkable. Who gets 4 patents issued each in months versus years while starting a new business in clinical toxicology from scratch?”

The awards will be held on Friday September 11th and is a virtual event. Be sure to sign-up and give support to Amy and all her efforts.
https://zoom.us/meeting/register/tJMscuyupzsuGtG1m3P9F_jCJDSs2Y6vPZxK

Do not forget to congratulate Amy on this tremendous recognition on the SteelFusion Facebook page!
https://www.facebook.com/SteelFusionLabs/

The NFLIS-Drug 2019 Midyear Report presents results of drug cases submitted to State and local laboratories from January 2019 through June 2019 that were analyzed by September 30, 2019. Data from Federal laboratories are also presented.

We wish to thank the more than 280 Federal, State, and local laboratories that contributed information and made this publication possible. We encourage all laboratories not currently participating in the program to join the NFLIS partnership.

Other NFLIS publications are also available for download on the NFLIS Reports Page.

To our clients and business partners:
We hope you are all safe and weathering this new way of life. This article reminded me that our “other epidemic” lives on and we need to be mindful that the work we do every day is meaningful to our population who are addicted and their families.
There is a lot more to do and TeamFusion stands ready to help lead the way.
Let’s keep up the great work.
All the best from TeamFusion.
John Manzetti
Executive Chairman 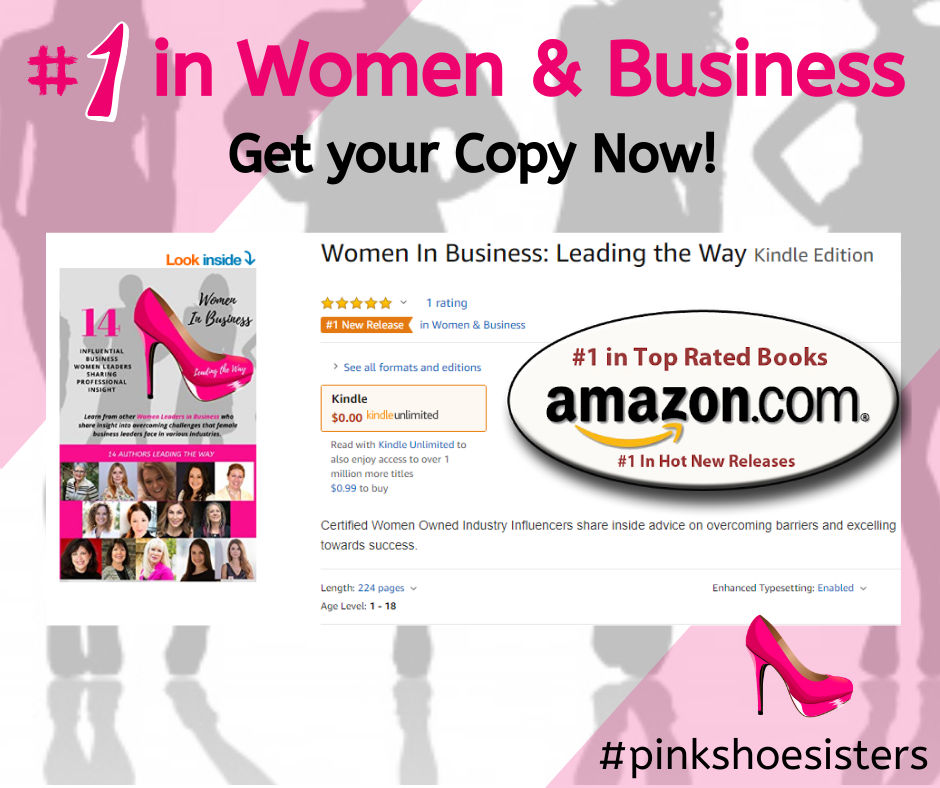